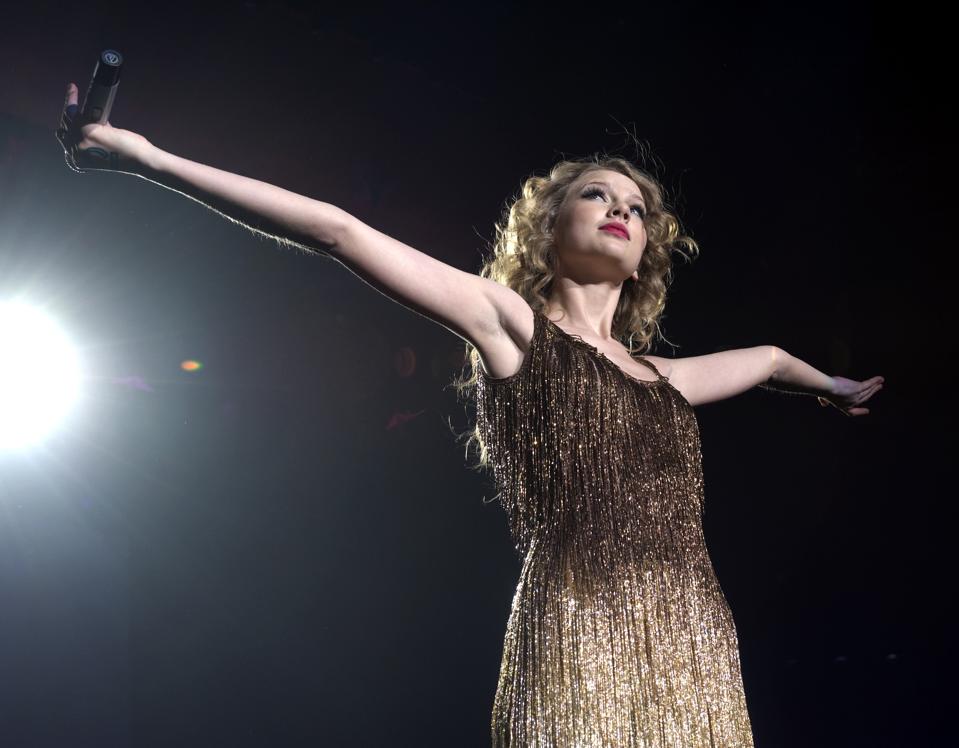 Immediately after Taylor Swift revealed her new (old) single “Love Story (Taylor’s Version)” was on its way and then heading to Twitter to share a message that also included the release date of her re-recorded take on her album Fearless—also to be titled Fearless (Taylor’s Version)—more than a week ago, the singer-songwriter’s catalog has improved in every sense. Her songs are being streamed, fans are preparing to get their hands on her forthcoming re-releases and her full-lengths that are already available are selling very well.

Swift is having her best week on the Top Country Albums chart, Billboard’s roster that analyzes and ranks the bestselling full-lengths that fit under that country label, in quite some time, as three of her most successful launches yet all gain considerably on the tally.

Her album Fearless, the one everybody’s talking about at the moment, rises the highest, and it almost returned to the top 10, which is incredible for a set that’s now been available for more than a decade. The project, which helped her advance from being just the biggest new talent in country music to a household name and a serious hitmaker, pushes from No. 34 to No. 14, leaping 20 positions in one frame.

Fearless will likely continue to perform well across all metrics for the next several weeks, or perhaps months, especially when the re-recorded take drops.

Up next for Swift is Red, which straddled the line between country and pure electronically-produced pop, assisting in her transition from one style to the other. That set lifts from No. 27 to No. 20, re-entering the top 20 for the first time in what must be quite a while.

Last among Swift’s three present titles on the Top Country Albums chart this week is Speak Now, which leaps 10 spots, moving from No. 43 to No. 33.

Somewhat notably absent from the Top Country Albums chart this time around is the musician’s debut effort Taylor Swift, which was a major success in the country field when it was first released back in 2006. It is her only country full-length to not return to the tally this week, though it could manage that feat in the coming frames.