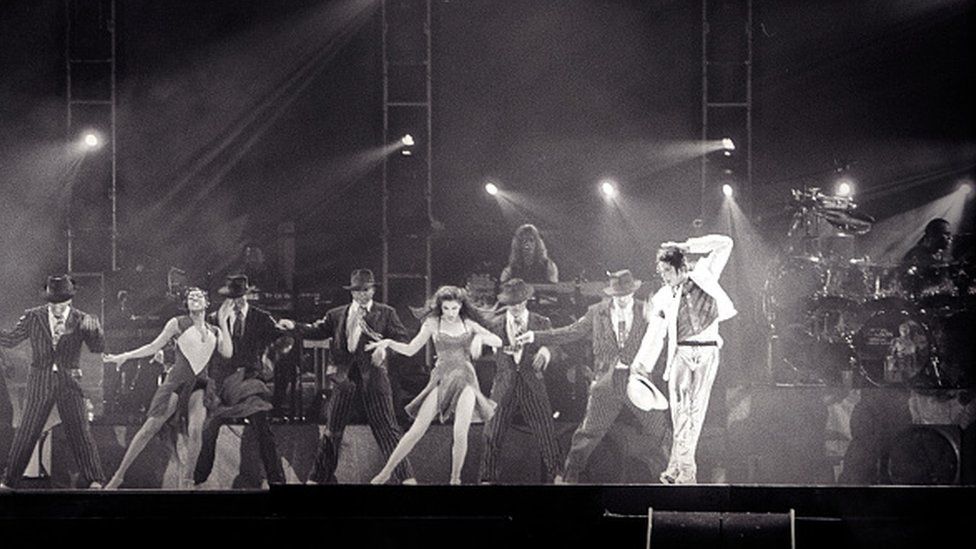 In 1996, Michael Jackson played to a packed audience in Mumbai in what was to be his only performance in India.

Some 35,000 fans attended the show in a sports arena on the first day of November. Jackson's 17-song concert in Mumbai (then called Bombay) was part of his 83-show History World Tour from September 1996 to October 1997.

At the time, Maharashtra, the state where Mumbai is located, was governed by the right wing Shiv Sena party. It had waived entertainment tax on the show on the grounds that it was meant for a "philanthropic and charitable" purpose.

But the show soon became embroiled in a prolonged legal battle involving the government, the concert organiser and a feisty consumer protection group. At stake were issues like whether the show was eligible for a tax waiver and even how Jackson's music could be defined.

Jackson had "for reasons known to only a few, waived his performance fee", India Today magazine reported in November 1996.

The pop superstar had promised to donate profits from the concert - which eventually ran to more than $1m - to a Shiv Sena-run youth employment project, wrote author Suketu Mehta in his award-winning book, Maximum City.

"Just before the concert was held the government had increased the sales tax on medicines. We said how can you increase taxes on medicines and make a music concert attended by the affluent tax-free. Tickets were priced up to 5,000 rupees [$68; £50], which was very steep for its time," Shirish Deshpande, chairman of Mumbai Grahak Panchayat, told the BBC.